What is Gonorrhea and How is it Different from Chlamydia? 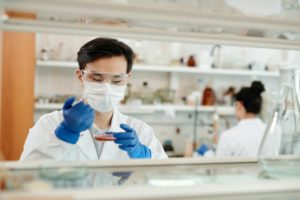 Did you know that if the entire population of the United States was tested for sexually transmitted infections today, about 20% would test positive? That’s what was found in a 2018 study of the top eight STIs.

In lockstep with the CDC releasing their new STI Treatment Guidelines last year, we’re providing relevant information in our blog regarding STIs to keep you informed. In case you missed it, here’s the scoop on Chlamydia.

Let’s take this opportunity to move on to our review of the second most common bacterial STI: gonorrhea.

Those are some very concerning conditions, so how do you know if you’ve been infected?

Similar to chlamydia, most people do not have clear signs of being infected with gonorrhea, but there are a few symptoms to look out for:

Should I Get Tested for Gonorrhea?

Because most people with gonorrhea don’t have any signs or symptoms of infection, screening each year is crucial for detection, particularly for women. Men are more likely to have symptoms alerting them of infection, so testing may not be necessary. The CDC recommends regular testing for gonorrhea when it comes to:

The days of going to public health to get tested for STIs may be over. Now, you can test discreetly with your online OBGYN who can order a screening test from your local lab. Contact My Virtual Physician to order your STI testing kit today.

Gonorrhea can be detected by performing a bacterial culture on either an early morning urine sample or a genital swab. The new CDC guidelines add a recommendation for rectal and pharyngeal (throat) testing if an infection is suspected in those parts of the body and also approve of patient-collected specimens.

If you test positive, be sure to notify all sexual partners within the past 60 days so they can also be tested and treated. If they are unable to see a doctor, talk with your physician to see if they can assist in making treatment medications available for others that may be infected.

How to Cure Gonorrhea

Antibiotics are used to kill the bacteria that cause gonorrhea. Sometimes your doctor may simultaneously treat you for chlamydia even if you have not been tested. With gonorrhea treatment, there is a risk of bacterial resistance; if you suspect your infection is not cured after completing your medication, call your doctor right away for a different treatment option.

Your doctor will determine whether it will be necessary to re-test after treatment. For most infections, re-testing is not required but is recommended after three months. If you had a positive throat swab, the CDC recommends testing for a negative result within 1 to 2 weeks after treatment. Both partners should refrain from sexual activity for a week after completing treatment to prevent re-infection. The CDC recommends scheduling a follow-up STI test within three months of treatment for patients who have been treated for gonorrhea.

STI testing and receiving a positive result, whether it’s gonorrhea or another infection, can be a mixed bag of emotions, but you don’t have to go it alone. Regular testing can catch the infection early on before any damage can be done to your reproductive system.

Have you received your annual STI screening for 2022? Schedule your appointment with My Virtual Physician so we can take care of your testing needs.