What is Chlamydia and What Do I Need to Know About it? 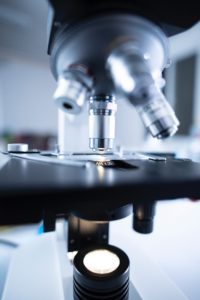 Most women only learn about sexually transmitted infections during one short period in their lives: junior high health education class. Formerly and more widely known as sexually transmitted diseases (STDs), you probably haven’t reviewed the symptoms since high school, except for a quick scare a time or two when you had possible signs of an STI.

Did you know that the CDC is continually updating its recommendations on STI treatment? In 2021, the CDC released new STI Treatment Guidelines that update recommendations for diagnosing and treating STIs.

In general, from time to time, it’s a good idea to freshen up your knowledge on STI’s. So let’s begin by taking an in-depth look at chlamydia.

If left untreated, chlamydia can cause serious complications and devastation to a woman’s body.  Some of the damage that can occur with untreated chlamydia includes:

Clearly, chlamydia is a serious infection that should be treated as early as possible once detected, but how do you recognize the signs of an infection?

What are the Signs & Symptoms of Chlamydia?

Although most people do not have signs when infected with chlamydia, there are some symptoms that some people experience.

Do I Need to Get Tested for Chlamydia?

Unfortunately, chlamydia can go undetected because many people, both men and women, are asymptomatic. That is why regular annual screening is critical. The demographic with the highest number of reported chlamydia cases are women under 25. The CDC’s current recommendation on who should be screened yearly includes:

Testing for chlamydia is simple and easy.  My Virtual Physician can order a screening test from your local lab when you schedule an online OBGYN appointment. Typically, a urine test or genital swab is used to diagnose chlamydia; however, the new CDC guidelines also recommend rectal and pharyngeal (throat) testing if a rectal or oral chlamydial infection is suspected.

How is Chlamydia Treated?

Luckily, if you’ve tested positive for chlamydia, there is a simple cure.  Antibiotics are used to kill uninvited bacteria.  It is important to listen to all of your doctor’s instructions and complete the medication, even if symptoms disappear.  Refraining from sexual activity for 7 days after being treated is also very important to prevent re-infection. The CDC recommends that patients who have been treated for chlamydia should schedule a follow-up STI test within three months of treatment.

Chlamydia can be a devastating diagnosis, but it doesn’t have to be. Regular testing can catch the infection early on before any damage can be done to your reproductive system.  Have you had your annual chlamydia or other STI screening this year? Schedule your appointment with My Virtual Physician so we can take care of your testing needs.